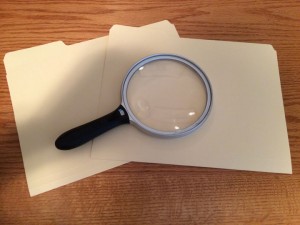 Find Which Linux Process is Using Your Files or Ports

If you have ever tried to unmount a filesystem, USB stick, cdrom, etc… but found that it was busy and therefore could not be unmounted, you will like the fuser command.  Fuser’s man page tells us that fuser will “Show which processes use the named files, sockets, or filesystems.”  But you can do more than that!  You can also use fuser to send signals to your processes telling them to shutdown, terminate, pause, etc…


Use Fuser to Find Which Processes are Using a Filesystem

One of the things that used to annoy me the most was when I would try to unmount a filesystem and I would find that a process was using it and I would get the “device is busy” message.

Now, when I get that message, I simply use fuser to find which processes are using files in that filesystem.

We can also use the “lsof” (list open files) command to show a similar report.

For the more confident system administrators, fuser has a kill option (-k) that can be used to kill whatever processes are found using a file or filesystem.

Example:  Find whatever processes are using the /myfilesystem and shut them down!

Interestingly, in the above example, we found that our very process was using the /myfilesystem filesystem.  We ran the fuser command with the kill option (-k) telling it to kill the processes.  As ours was amongst them, it killed our process.

Fuser has additional uses.  Sometimes, we want to find out what process and userid are utilizing a port on our system.  We can specify the IP version with -v4 for IPv4 or -v6 for IPv6.

Example:  Find out what process is handling our http traffic on port 80

We were able to find out that varnishd is handling our http traffic on port 80/tcp.

Kill Whatever Process is Listening on a Port

Let’s imagine that you need to shutdown whatever is running on port 8001/tcp for some reason.  Perhaps, you have a process that normally runs on that port, but something else has taken it while you have been performing some maintenance.  We can use fuser to find and kill the process in one command by using the fuser command with the -k option.

Example:  Find and kill whatever process is listening on port 8001/tcp

Specifying the Signal Fuser Will Use as it Kills a Process

You can change the signal used when killing a process using fuser by simply listing it as an option to your fuser command.  You can list the available signals using “fuser -l”.

and then use withever signal you want it to use:

Fuser is a powerful tool that can help you find which linux process is using your files or ports.  Here are a few other resources that can give you additional information on fuser.

Use Dump and Restore for Linux Backup